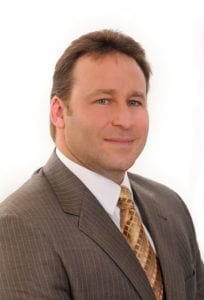 Arguably, the Cavaliers have the most talent in the NBA. When the Cavs signed their big three – Lebron James, Kevin Love and Kyrie Irving – everyone believed Cleveland was guaranteed a championship.

Except for maybe David Griffin – the team’s GM – who in a press conference on Jan. 22 shocked the nation with the announcement that the team’s coach, David Blatt, had been let go.

The Cavs had been winning plenty of games and general consensus was that Blatt was doing his job well– in fact, the Cavs made it to the 2015 NBA Finals and currently have the best record in the Eastern Conference.

Then what’s the problem? The team’s culture.

In my 15 years in the recruitment industry, I’ve seen one truth play out time and time again. There are two primary elements that support elite success– the type of success that makes good companies great.

Great Employees Will Help You to Succeed

The first is the concept of top talent. Whether you’re the Cavaliers Basketball team, a small privately owned business, a hot tech-start up, or any other organization looking to excel in business, you need great employees to help you succeed.
Finding highly skilled employees and recruiting them to your organization will make you a good company. If I had to guess, with the best employees money can buy, you’d be a solid B-player in your industry. Yep, that’s right– you’d be pretty good, but not great.

And that’s exactly what the Cavaliers experienced. Their team consists of the absolute best players money can buy – leading to an unprecedented team payroll for the organization, and the second-highest team payroll in NBA history. But what did their $109M roster get them? According to Griffin, a “pretty good” team.

Griffin judges his team not just on their record, though. Instead, he compares performance to the mission of the franchise, which is to win championships. Griffin said that every decision, including the decision to let Blatt go, is made with that purpose in mind.

But if it’s not a problem with securing top players or winning games, what then is keeping the Cavs from reaching the franchise mission of securing championships for the city of Cleveland?

Its culture, which is the second major element that supports a truly elite company. And more importantly, it is culture that allows a good company to rise above and become truly great.

In his press conference, Griffin shared: “I’ve never seen a locker room not be as connected after wins as they need to be. We’ve only been galvanized when expectations were not high and circumstances were somewhat artificial. Otherwise, we’ve been a group of tremendous individual talent with individual hopes and dreams. That’s not a winning formula.”

In this moment, Griffin described something that all organizations can relate to: Great talent alone does not lead to great success if the connectivity and continuity isn’t there.

In business, we experience greater success when we’ve built a collective spirit and a collective will supporting the same goals. Developing your culture in a meaningful way that brings your company’s talent together is the only way to go from good to great.

More From Our Experts 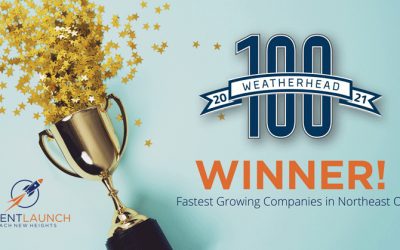 TalentLaunch Network is a 2021 Weatherhead 100 Winner

INDEPENDENCE, Ohio - November 2, 2021 - The TalentLaunch Network continues to lead the way in the Northeast Ohio region as an elite staffing leader. Their efforts have been recognized by Case Western Reserve University once again, having been selected as a 2021...

END_OF_DOCUMENT_TOKEN_TO_BE_REPLACED

TalentLaunch, a nationwide network of independently operated staffing and recruitment firms, recently announced that Whitney Cornuke has joined the company as Senior Vice President of Marketing. Whitney is responsible for leading total marketing efforts for...

END_OF_DOCUMENT_TOKEN_TO_BE_REPLACED 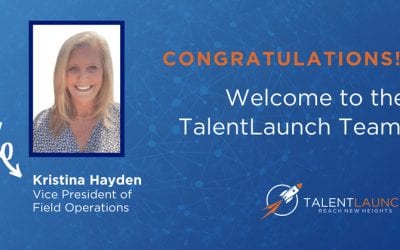 TalentLaunch, a nationwide network of independently operated staffing and recruitment firms, recently announced that Kristina Hayden has joined the company as Vice President of Field Operations. Kristina is responsible for partnering with the operating leaders and...

You can find out more about which cookies we are using or switch them off in settings.

This website uses cookies so that we can provide you with the best user experience possible. Cookie information is stored in your browser and performs functions such as recognising you when you return to our website and helping our team to understand which sections of the website you find most interesting and useful.

Strictly Necessary Cookie should be enabled at all times so that we can save your preferences for cookie settings.

If you disable this cookie, we will not be able to save your preferences. This means that every time you visit this website you will need to enable or disable cookies again.

This website uses Google Analytics to collect anonymous information such as the number of visitors to the site, and the most popular pages.

Please enable Strictly Necessary Cookies first so that we can save your preferences!